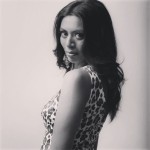 Neha is an Australian citizen born in India and raised by Indian and Mauritian Parents. Neha has been exposed to a cultural diversity of English, Hindi and French music from her very early age. Neha started singing in Hindi at the age of four, performing and entertaining audiences in Indian festivals and private functions

During school she played lead roles in musicals and participated in singing competitions. After finishing her primary schooling, Neha attended Stuartholme Secondary College in Brisbane, which is known for it’s fabulous music department. She won five consecutive solo competitions and received the Queensland Bursary Award at the age of fifteen.

After finishing secondary schooling, Neha attended the prestigious music university in Australia, the Queensland Conservatorium of Music, where she completed four years of intense training in classical and jazz voice. Neha’s vocal style and trained voice demonstrated great potentials and a bright future in the music industry.

Neha while in the university performed for many years with her band in Australia and gained experience singing live on stage. Neha has a versatile voice that allows her to sing in other genres.

Neha has got a warm, rich vocal texture and an excellent dynamic range. She has an instinctive flair for r’n’b and soul music. During her studies she developed a unique and authentic approach to the jazz idioms and styles with a wonderful audience response. Neha is extremely competent working with a band and naturally balancing assertive confidence with humble flexibility . Her sweet personality combined with warmth and joy she exudes in performances make her a delight to watch on stage.

Over the years Neha has acquired the ability to sing classical, rock, r’n’b, jazz, soul, Hindi music and ghazals.

Currently Neha is exploring the concept of combining Indian popular music with traditional Jazz and has recorded two songs showcasing this idea. These two songs were in collaboration with Sean Foran ( Pianist/ Composer/ Educator ).